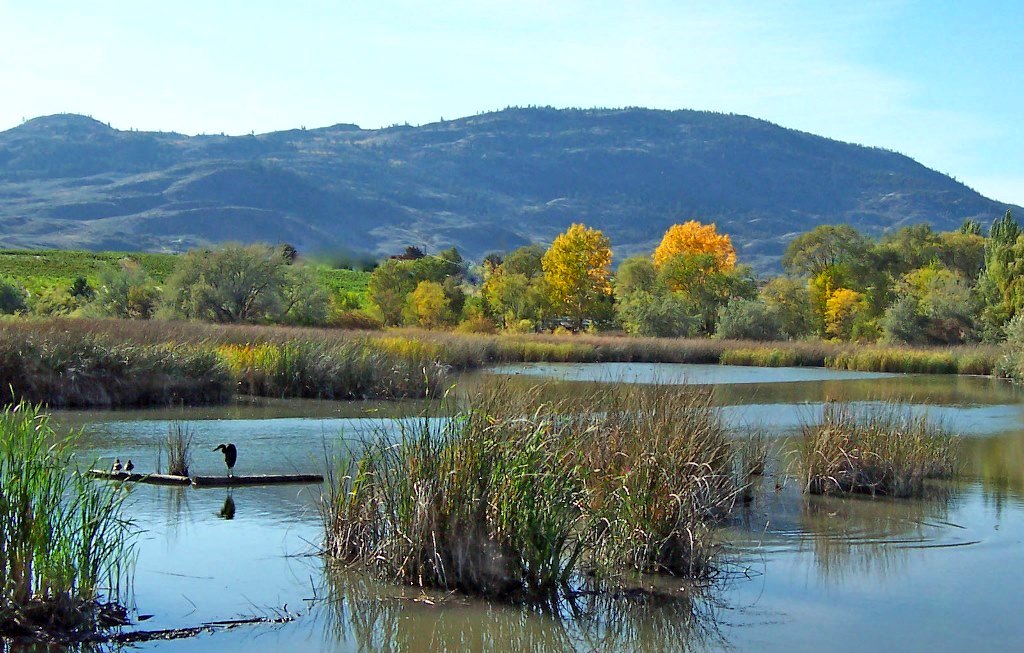 Pollution happens when humans introduce an undesirable substance into an ecosystem causing it to change or even collapse. Most people don’t deliberately pollute, it is done without thinking or knowing about the possible consequences. And a lot of pollution is invisible, making it hard for us to identify or to take action.

An unpolluted lake is one that has a wide variety of plants, animals and birds, with a strong food chain and good survival of all species. It has its roots in a highly complex co-dependency between all levels of the food chain, particularly micro-organisms such as algae, bacteria, and plankton.

Even if you are far away from a lake or river you may be polluting it, since everything on the surface eventually breaks down and leaches (seeps) into the ground and, over the course of time, enters our aquifers; or it washes down into the lake itself through the natural force of gravity. An aquifer is a natural geological deposit of porous material that, like a sponge, stores groundwater from which towns such as Osoyoos obtain their drinking water.

This is where contamination can be traced to a single point or location such as outflow pipes, wastewater treatment plants, discharge from industry etc.

Stormwater from some side streets in Osoyoos exits into Osoyoos Lake via this outflow pipe near the sailing club. The debris on the left is rotting milfoil, an aquatic weed.

NPS pollution comes from a variety of different locations such as storm drains, road salt washed into rivers, leaching of pesticides and fertilisers through the soil from agriculture etc. There are large amounts of non-point source pollution between Skaha Lake and Osoyoos Lake.

Pollutants can be grouped into five main categories:

These microorganisms – bacteria, viruses, and protozoa – can cause waterborne illnesses. While most pathogens come from human sewage (such as leaking or aging sewage systems, stormwater runoff, and combined sewer overflows), manure from livestock and wild and domestic animal droppings are also common sources.

When organic wastes (e.g., manure, sewage) decay in water, bacteria oxidize the waste, using up oxygen dissolved in the water. If too much oxygen is consumed, fish are stressed and may die. Anaerobic decomposition (without oxygen) produces gases, such as hydrogen sulphide, that are lethal to many organisms. There is a problem with dissolved oxygen in parts of Osoyoos Lake in spring and fall, in the deep areas.

Nutrients are substances which help plants and animals live and grow. The Osoyoos Lake Water Quality Society is most concerned about excessive amounts of two nutrients; nitrogen and phosphates. Fertilizers and organic waste are the main sources of these substances. Life in Osoyoos Lake could not exist without nutrients, but too much of a good thing often causes more harm than good.

Too many phosphates may over-enrich a lake causing algal blooms which use up the oxygen in the water when they decay. This makes the oxygen unavailable to fish and other aquatic wildlife so they suffocate and die. The algae also cloud the water, cutting much-needed sunlight and coat underwater vegetation.

Phosphate levels are now considerably less than they were 30 years ago though they are still considered by the BC Ministry of Environment to be one of the most important contaminants in the lake. Nitrate levels have also dropped, but Osoyoos area ground water has been contaminated with nitrates from chemical fertilizers leaching from orchards and other crops.

Suspended soil particles make water cloudy (turbid) and unpleasant to drink, and can reduce the effectiveness of drinking water treatment. Sediments also reduce light available to algae and aquatic plants, kill or injure fish by damaging their gills, cover spawning gravel and smother fish eggs, and reduce the quality of recreational activities such as swimming and boating.

Substances such as ammonia, nitrate, metals, pesticides and a variety of organic and inorganic toxins can poison humans, livestock, wildlife, and aquatic organisms. Some toxins cause cancer. In a 2007 study of 600 rivers and lakes in the USA, 100% of the fish tested were found to contain mercury, though not in lethal levels. Several years ago trace amounts of mercury were found in some fish tested in Osoyoos Lake.

The main causes of pollution affecting Osoyoos Lake are:

Stormwater runoff – When it rains, everything that’s sitting on any surface – road dust, litter, oils, gasoline, pet waste, soil sediments, pesticides, fertilizers and so on – is washed down from parking lots, roofs and roadways and into storm drains which exit directly into the lake.

Runoff comes from a diverse number of activities in our daily lives, including spraying our lawns with fertilizers and pesticides, driving and maintaining our cars, constructing buildings and roads, litter, and the road salt and other de-icers that we use in winter. Also known as urban runoff, it is considered the number one polluter of Osoyoos Lake (and indeed all water bodies throughout North America).

Leakage through the soil and into the water from old or improperly maintained septic systems located close to the lakeshore.

When cattle have direct access to streams, their hooves trample the banks which leads to erosion and loss of vegetation. With no roots to hold it together the bank may become unstable and fall into the water, causing excess sediments (mud, silt etc) to drift and eventually smother things such as fish eggs, small plants and the wildlife that feed on them. Cattle manure can carry pathogens and disease such as E.coli and can contaminate drinking water and harm fish by depleting dissolved oxygen.

Fecal droppings from aquatic birds and particularly the geese that feed around the lake may contain E.coli and other diseases. Geese are a particular concern since there has been such an increase in numbers over the last 20 years. Their waste is either leached into the ground or washed directly into the lake.

Fertilisers, herbicides, pesticides etc from agriculture and residential lawns leach through the soil and finds their way into the lake and the surrounding groundwater.

An increase in the spread of  Eurasian milfoil and other aquatic weeds. These weeds grow quickly and choke out other plants, forming dense mats which block sunlight and use up oxygen in the water. Milfoil is spread by boats and can root easily from as little as one inch of floating weed.

Channelization of the Okanagan river – this was done in the 1950s for flood control. Only eight percent of the river now meanders naturally – between McAlpine Bridge and MacIntyre Bluff north of Oliver. The water flows too quickly and has little vegetation or shade, and salmon cannot spawn in this type of environment.

The Zosel Dam located at the south end of Osoyoos Lake in Oroville, WA acts as a plug, stopping the natural flow of sediments, nutrients and aquatic life in all forms (animal, vegetable, mineral) that would normally be flushed through the river system. Other dams along the Okanagan and Columbia rivers have an indirect effect on the lake.

The loss of natural wetlands in this area has impacted the lake because wetlands act as a natural filter for toxins in the water. Wetlands are one of the most complex and efficient, and also one of the most endangerd ecosystems in the world, comparable in their contribution to the health of our planet to the boreal rain forests.

An increase in the size and number of motorized pleasure and fishing boats and jetskis on Osoyoos Lake has had several effects: a) oil and gasoline contaminate the water; b) the boats contribute to the spread of milfoil and other aquatic weeds; c) they increase wave action which increases turbidity (sediment) and leads to erosion of the shoreline; d) the ‘noise pollution’ of their engines stress fish and other wildlife.

The more contaminants in water, the greater the risk to humans, fish, and animals. Even small amounts of contaminants result in cumulative effects over an entire watershed and, building up over time, can have a serious impact.

What is being done to reduce pollution in Osoyoos Lake?

Sewage treatments plants in communities upriver have improved their methods of treatment and updated their equipment. This has reduced phosphorus levels in any lakes and rivers in the OKanagan valley by as much as 95% in the last 30 years.

In the mid 1980s, agricultural guidelines were set under the Waste Management Act to improve forest practices codes and liquid waste management.

Many orchardists have changed from overhead irrigation, which wastes water, to drip irrigation which waters the plants/trees at ground level close to the roots where it is needed the most, ensuring minimum waste and minimum leaching of pesticides, fertilisers etc into the groundwater, lakes and rivers. Most vineyards also use drip irrigation.

In Osoyoos, most of the runoff from Main Street (which formerly exited directly into the lake via storm drains) has been directed into specially-made catch basins and drainage fields as part of the Watermark Beach Resort .

Installation of a sewer line linking the town system to northwest sector residents of the lake was completed in 2012, thus eliminating the need for septic systems.

For many years the effluent at the Osoyoos sewage treatment plant has been used to water the Osoyoos golf course and nearby playing fields, instead of being discharged into the lake.

In past years, OLWQS volunteers painted yellow fish next to storm drains in downtown Osoyoos to remind people not to dump anything into the storm drains.

What still needs to be done?http://osoyooslake.ca/wp-admin/post.php?post=284&action=edit#

Controls need to be made and enforced over the size, quantity and speeds of motorised pleasure and fishing boats and jetskis on the lake.  More control over the building of private docks & wharves on the lake. Better control of lakeshore development. Installation of sewers to all developed sections of the lakeshore. Residential septic systems should be serviced at least once every three years. Older ones should be replaced.

The house on the left is more environmentally friendly than the house on the right. It has a natural shoreline, plenty of vegetation and the building is set back from the water’s edge.