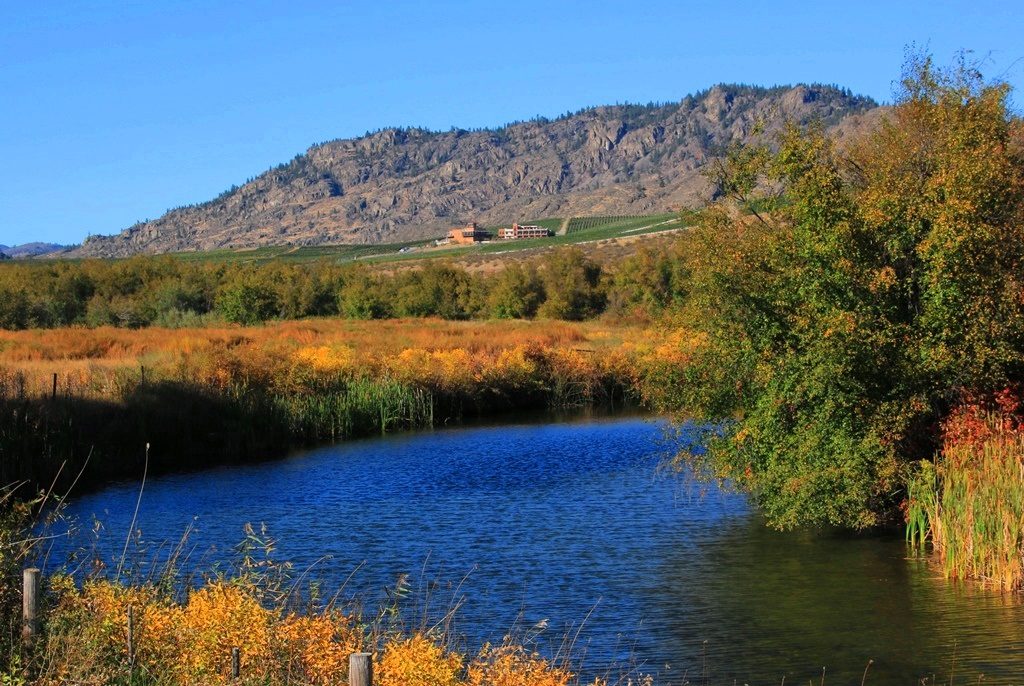 A wetland is any area of land that is covered with water, or permeated with water, for a part of the day or year. Wetlands include riparian areas adjacent to rivers, lakes and streams; also meanders and oxbows, sloughs, ponds, marshes, and swamps. They sustain a rich diversity of animal, bird, insect and plant species.

Two hundred years ago Osoyoos Lake had many wetland areas, particularly at the north and south ends. Now there is very little left. Experts estimate that wetlands throughout the Okanagan Valley have been reduced to four percent.

One remaining area in Osoyoos can be found on the south side of Haynes Point. Other parts of Osoyoos Lake that used to be wetlands include: Solana Bay, Harbour Key, and the lagoon at Cottonwood Drive. The north end of the lake lost a large part of its wetlands in the1950s when the Okanagan River was channelized. It is likely that without the natural filtering effect of the oxbows, this could be one reason why Osoyoos Lake is currently suffering from increased pollution.

What few wetlands remain, are in danger from outright destruction due to human development, alteration, infilling, and invasive weeds such as purple loosestrife and knapweed.

Wetlands are known to be one of the most biologically productive ecosystems on earth, equalling that of tropical rain forests. They function like huge water filters, similar to the human kidney, breaking down and removing phosphates and other plant nutrients washed in from the surrounding soil, retarding the growth of algae and aquatic weeds and improving water quality. Indeed, wetlands are so efficient at filtering water that they are used – or even artificially created – in many countries as an alternative to expensive water treatment plants.

Scientists the world over are discovering that wetlands are crucial to the health of our environment, and are working to restore them back to their original state. Major projects include the Kissimmee River in Florida, the Charles River in New York State, the Yangtze River in China, and the Rhine River in eastern Europe. 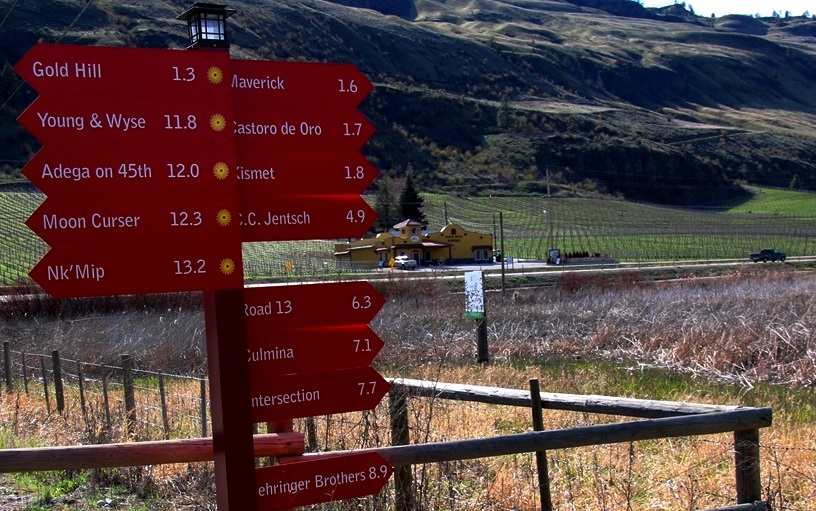 The south Okanagan is a desert micro-climate where vineyards, wetlands and wineries flourish in harmony. Photo Credit: Neil Bousquet

Wetlands are highly complex ecosystems. They serve as nursery grounds for species whose young take cover there. The entire food chain of the system is represented, from insect larvae and snails which feed on decaying plant materials and bacteria on the water’s bottom, to larger insects, amphibians and birds which feed on the smaller insects and fish, to mammals such as beaver and deer. Many rare species of plants and birds can be found only in wetland areas.

They act as a sponge, temporarily storing flood waters and releasing them slowly during the drier seasons, thus reducing flood peaks and protecting downstream property owners from flood damage. They can act as a natural storm water retention pond. They are also important for water storage during drought conditions. Studies have found that when wetlands are destroyed, flooding increases significantly.

Barrier to waves and erosion

The root systems of wetlands plants stabilize soil at the water’s edge and enhance soil accumulation at the shoreline. They damp wave action and slow down the flow of currents.

Removal and storage of excess nutrients

They absorb and filter nitrates, phosphorous, metals, pathogens, coliforms, other toxic chemicals.
They restore the water’s pH balance to a normal level.

During natural flooding, nutrients from sediments are washed onto the floodplain and help fertilise surrounding areas.

Climate control is another hydrologic function of wetlands. Many wetlands return over two-thirds of their annual water inputs to the atmosphere through evaporation. Wetlands may also act to bring down temperature extremes in adjacent uplands.

The nutrients in decomposing organic matter is incorporated into the soil, or eventually transformed and released to the atmosphere. Decomposed matter forms the base of the aquatic and terrestrial food web.

Waste from wetlands permeates the soil and helps recharge local and regional groundwater supplies. The water quality of aquifers and groundwater is also improved by the filtering capacity of wetlands.

What can I do?

Wetlands are fragile! They should be kept as close to their natural state as possible. Enjoy your local wetlands areas, learn about the wildlife that live there – but stay on the trails and leave them the way you found them (no garbage, campfires, trampling of grasses, picking of flowers etc).

It is extremely important not to clear or replace natural vegetation, trees, shrubs etc within 30 metres of a wetland or any kind of watercourse.

A watercourse may include lakes, rivers, creeks, wetlands, springs, and ditches.