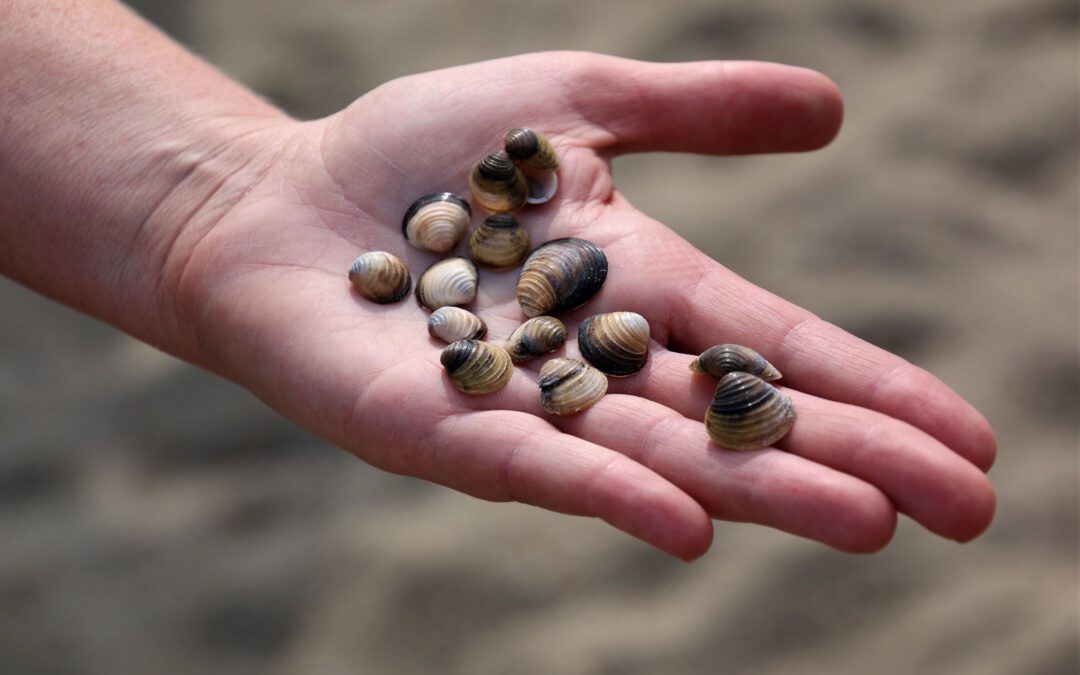 A combined effort from members of both OASISS (Okanagan and Similkameen Invasive Species Society) and OLWQS (Osoyoos Lake Water Quality Society) did multiple sample testings at six locations on the Canadian side of Osoyoos Lake on Friday October 7, 2022. Thankfully, no invasive clams were found.

Description: Small, freshwater bivalve; Shell is triangular shaped and can be 2.5 cm to 6.5 cm long

Yellow-green to light-brown in color with elevated growth rings

Invasive clams are filter feeders and have a life span of about 1-7 years. They can self-fertilize and reproduce rapidly; a single clam can produce up to 70,000 eggs/year! They are spread by human transport and water currents. They have also been sold commercially for bait, human consumption, and in the aquarium trade.

In British Columbia, invasive clams are under “Provincial Containment”, which means that the species is high risk with limited extent in the province but significant potential to spread. The management objective is to prevent further expansion into new areas, with the ultimate goal of reducing the overall extent.

Invasive clams are native to Southeast Asia and parts of central and eastern Australia, Africa, Indonesia, and Turkey. They are found in the substrates of brackish to freshwater rivers, lakes, streams, canals, and reservoirs. They prefer flowing water and have a low tolerance for pollution or near-freezing water temperatures. Invasive clams are not presently known to the Okanagan region, however they are found in some rivers in the Lower Mainland and were recently discovered in two locations of Shuswap Lake in B.C.