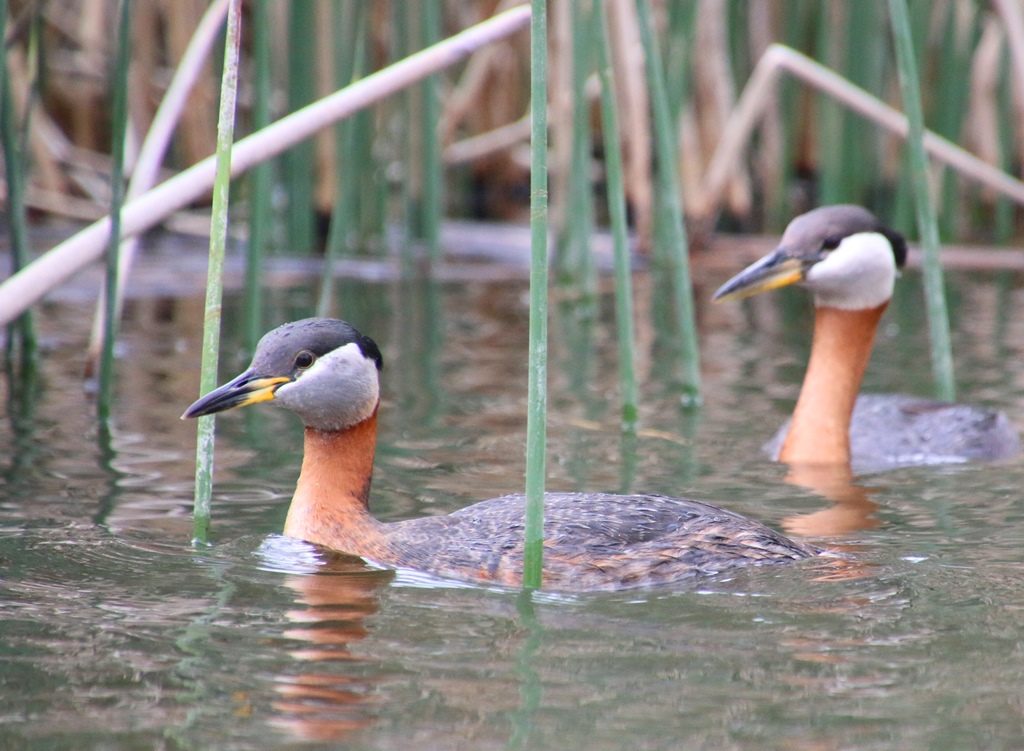 Red Necked Grebes can be found in the oxbows and wetlands at the north end of Osoyoos Lake. Photo Credit: Neil Bousquet

Essentially a cut-off river bend (meander), an oxbow is a crescent-shaped lake or pond lying alongside a winding river. It can be wet or dry. The oxbow lake is created from the meanders of a river over the course of many years or decades, as erosion and deposits of soil change the river’s course, eventually cutting off the ‘loop’ of the meander. 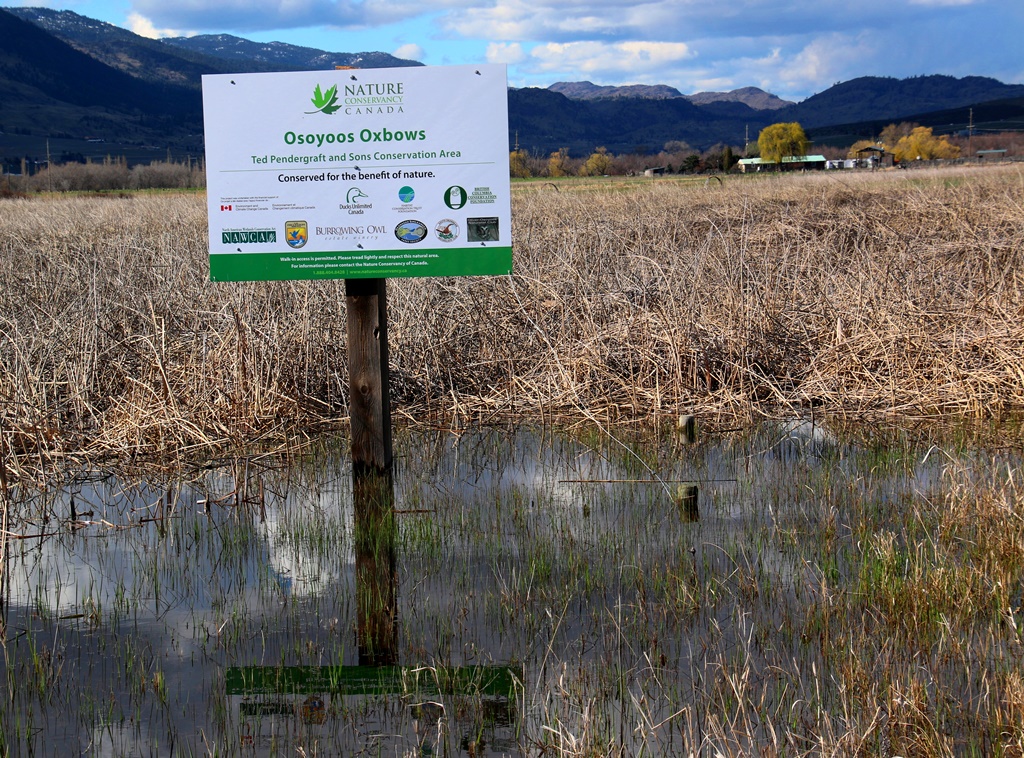 Where can I find them?

What are generally known as the ‘Osoyoos oxbows’ lie at the north end of the lake between Road 18 and Road 22. They were formed when the Okanagan River was straightened and channelised in the 1950s for flood control purposes. Some are on private property while others form part of a Fish & Wildlife Reserve. Other oxbows can be found further north, along the old meanders of the river between Road 18 and Penticton.

What’s so special about them?

The oxbows form one of the few remaining wetlands in Osoyoos and are a critical location for wildlife habitat. They are biologically very productive, providing shelter to a huge variety of land, air and water-based species across the entire food chain. Each species is crucially linked with the others, forming a thriving yet extremely fragile ecosystem – rather like a tropical jungle. Think of a game of Jack Straws ….. remove or damage even one part, and the entire balance in the chain of life is upset. The Osoyoos oxbows are unusual in that they are home to many rare or threatened species of birds, amphibians and insects such as the yellow-breasted chat, the Great Basin spadefoot toad, and the painted turtle. The actual area is quite small, growing smaller each year due to human encroachment. Because of this, the varied species that use it, both as a home and as a migratory resting place, are at risk. The oxbows form part of a narrow and highly important wildlife corridor for migrating birds. They are an important and scientifically-recognised birdwatching area, attracting ecotourists and birders from all over the world. 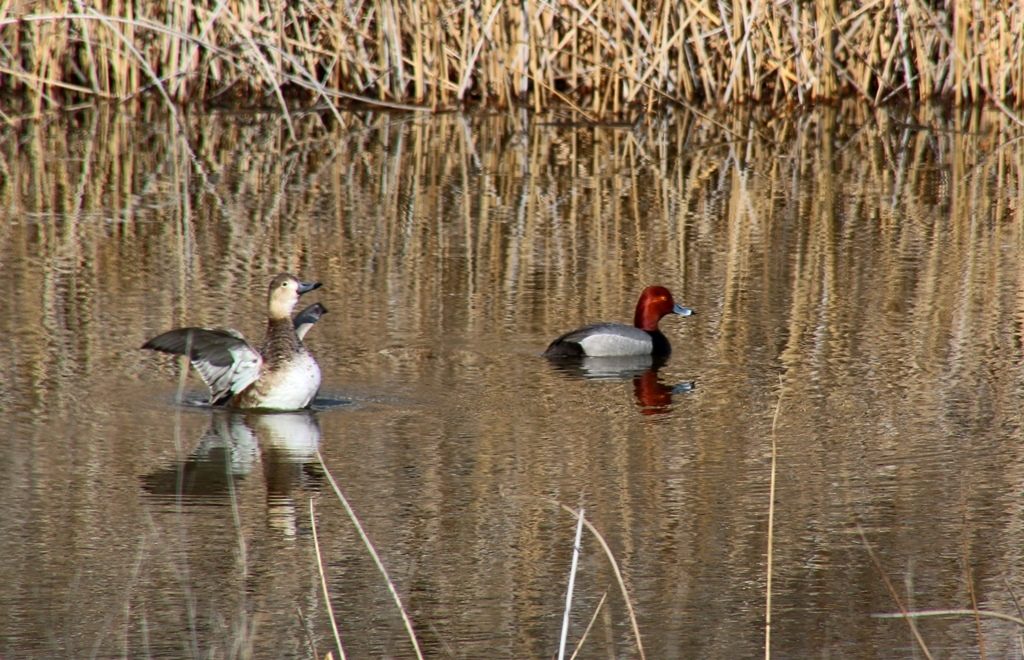 A female and male Redhead duck have made this secluded section of the Osoyoos wetlands their home. Photo Credit: Neil Bousquet

What’s being done to protect them?

After the establishment of the Fish & Wildlife preserve in the early 1980s, parts of the riparian woodlands were fenced to exclude cattle. In addition, Ducks Unlimited and the Ministry of Environment worked together on a major re-flooding project to restore some water flow to the marshes and oxbows in 1983. Other initiatives have included weed control and installation of interpretative signs. An active riparian stewardship program, initiated in 1997 by the Ministry of Environment known as the Riparian Restoration of Oxbows in the South Okanagan, has worked with interested landowners primarily outside the bounds of the Wildlife Area.

What is an oxbow? What are wetlands?