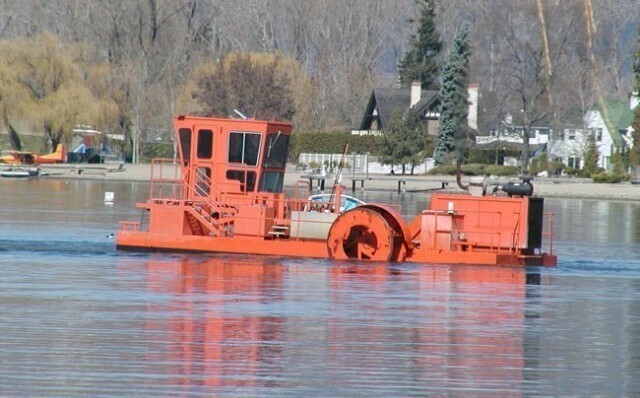 The Okanagan Basin Water Board says machine operators are preparing for harvesting season.

Rototilling is done over the winter, and “operations staff are now preparing for the harvesting season, which is expected to start in late June or early July,” the board says.

“Early hot weather, low lake levels and lack of precipitation could result in an early year for milfoil growth, again, around late spring or early summer.”

Meanwhile, the water board is getting ready for the re-launch of its summer campaigns.

These include the Make Water Work conservation campaign and Don’t Move A Mussel awareness regarding invasive mussels and promoting protection of Okanagan waters.