Microplastics are an Okanagan problem too 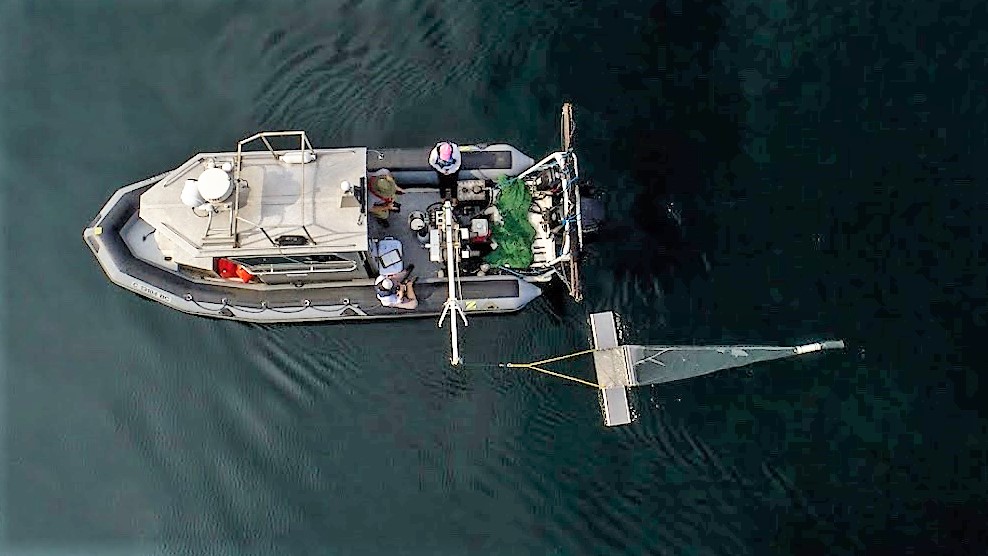 “The water quality of Okanagan Lake directly impacts the quality in all lakes and rivers downstream,

including Osoyoos Lake, the Columbia River and ultimately Astoria, Oregon where this mighty river spills out into the Pacific Ocean.“ 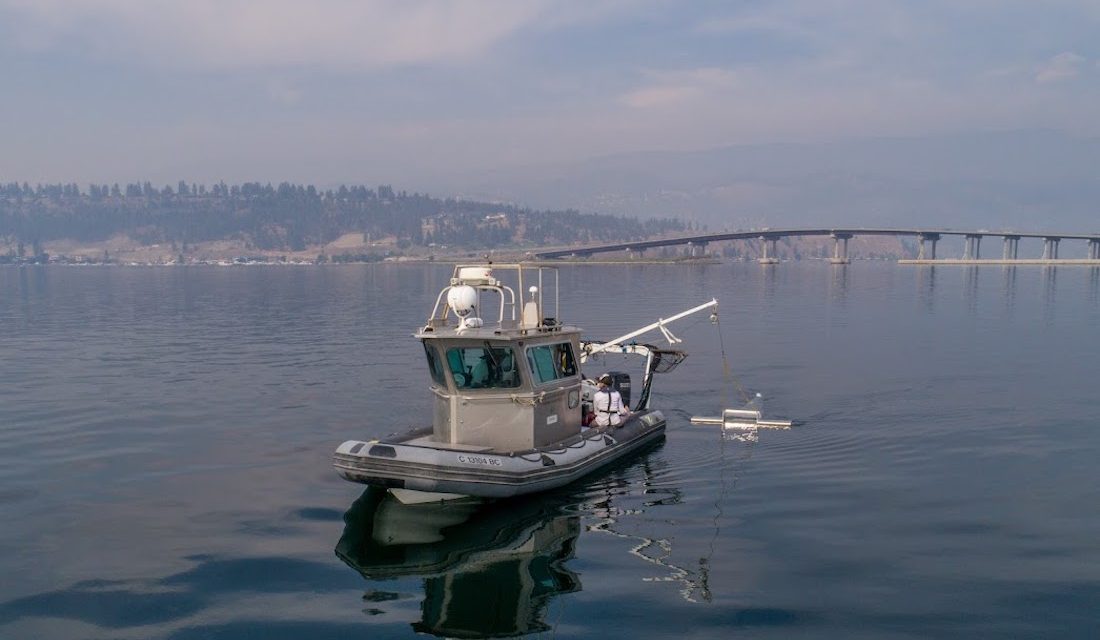 You’ve probably heard of the Great Pacific Garbage Patch – a 1.6 million square kilometre patch of plastic and floating trash in the Pacific Ocean – but here in the waterways of the Okanagan we have our own plastic problem – microplastics.

In a first ever study in the Okanagan water basin, a small team embarked in 2021 on a “scoping study” to gain a better understanding if microplastics are present in Okanagan Lake and Kelowna’s municipal wastewater. Spoiler alert: microplastics were found at every sampling location.

Microplastics are tiny pieces of plastic less than 5mm in diameter, sometimes invisible to the human eye, mistaken for organic debris or even food for aquatic organisms from invertebrates such as zooplankton, to fish and birds.

They can either be purpose-built microplastics like microbeads or they can be particles from larger macroplastics that break down into either fragments, films or fibres.

“When we hear about plastic pollution we sometimes associate it with a problem that is far away,” like the garbage patch or some other headline grabbing ocean pollution, says Ryan Cope, project manager for Microplastics Okanagan, the organization behind the study.

Cope was presenting the results of what she’s calling the “first phase” at the recent 2022 Osoyoos Lake Water Science Forum in Osoyoos.

This land-based plastic, if not captured properly, runs off into storm drains, creeks, and rivers, which ultimately flows into the ocean.

“The problem is not far away from us in the oceans, it’s right here in our backyard,” she says.

With funding from the Okanagan Basin Water Board Water Conservation and Quality Improvement Grant Program the group partnered with the Okanagan Nation Alliance (ONA), the City of Kelowna and Okanagan College among others, with Cope adding it’s a very collaborative effort.

“Last year, we embarked on a simple scoping study to quantify and possibly qualify the presence or absence of microplastics in Okanagan Lake, and Kelowna’s municipal wastewater. More importantly, we wanted to catalyze partnerships and community engagement,” she adds.

With the ONA supporting the project with a boat and two staff, the Water Engineering Technology Program at Okanagan College took on the analysis portion of the project.

The project involved collecting water samples at five locations near Kelowna including the Okanagan Lake bridge-crossing, near the Mission Creek outlet, central lake at its widest point north and south of the bridge, and downstream from the Kelowna Wastewater Treatment plant near the outflow pipe.

All told the team filtered approximately 155,000 litres of water from the lake.

“Unsurprisingly,” Cope says, “microplastics were found in all freshwater and wastewater samples.”

But here perhaps, is the good news. Relative to other freshwater bodies that have been heavily researched such as the Great Lakes, Cope says the amount of microplastics found was “quite low” and that finding also extends to a Pacific Ocean comparison.

“They were quite low, which we were encouraged by,” she said, cautioning that this is only a preliminary scoping study. “We had very few sample sites and more work is needed,” to expand the study, she said.

The freshwater team discovered microplastics were present at all five of the sample sites amounting to a total of about 2.75 grams of plastic with the biggest concentration of about 1.1 grams collected at the William R. Bennett Bridge site.

“All these pieces are millimetres in size and in a couple different forms: fragments, fibres and films. You can also see some black particles, which could be tire particles and possibly, but unlikely, forest fire ash,” Cope says.

Meanwhile, over at the Kelowna Wastewater Treatment facility, microplastics were discovered in both the influent and effluent samples but Cope notes there could have been some contamination of the samples.

Nonetheless researchers found clear evidence of microfibres which is “not surprising when you consider how often we wash our clothes and how most of our clothes are plastic.”

Phase two of the project will again involve working with Okanagan College to establish the best sampling protocols for both fresh and wastewater.

This is important, Cope says, in order to ensure that the data can be collected in a meaningful way in order to create long-term data sets to create a better understanding of the state of microplastics in the lake.

“Refine the protocols and make them more substantial, so that year-after-year we can do the same sort of study and build a data set that we can actually do something with.”

Cope is very clear on one aspect of microplastics. “It is precisely because we don’t know much about the state of microplastics in Okanagan Lake that we must continue to monitor and measure.”

As she notes the water quality of Okanagan Lake directly impacts the quality in all lakes and rivers downstream, including Osoyoos Lake, the Columbia River and ultimately Astoria, Oregon where this mighty river spills out into the Pacific Ocean.

Expanding the study is also on the organization’s wishlist to cover from Vernon down to Penticton to see how the situation varies.

She’s also passionate about prevention, urging action before it’s too late. “We have a real opportunity here in the Okanagan to get our hands on this before it is even an issue.”

Cope also cited the Indigenous tradition and belief system where water is not an entity above or below humans, it is a member of the family.

“When we view nature in this way, it becomes harder to justify polluting, particularly water that is life-giving and life-sustaining,” she said.

Because of the relative “newness” of microplastic research in inland fresh water systems it’s not known how far microplastics will travel from Okanagan Lake for example.*

“We don’t know if microplastics are settling out in the water column,” Cope says in reference to the fact that the lakes in the Okanagan cool at some point in the late fall causing the water to stratify, or become layered in different temperatures.*

She says it’s not known whether microplastic remains because of this, or makes it way down the chain due to the fact water continues to move.*

“It’s important to think about microplastics as we’re considering our day-to-day activities, even if we don’t know the impact of microplastics on our bodies, and our ecosystems, it’s still important that we reduce plastic use where we can, and reconsider how we approach plastics like in our clothing.”

The impacts of microplastics are still being researched and while many studies indicate microplastics are in a lot of places,  “what we don’t know is what the actual impact is,” she says. “That’s the big question right now.” 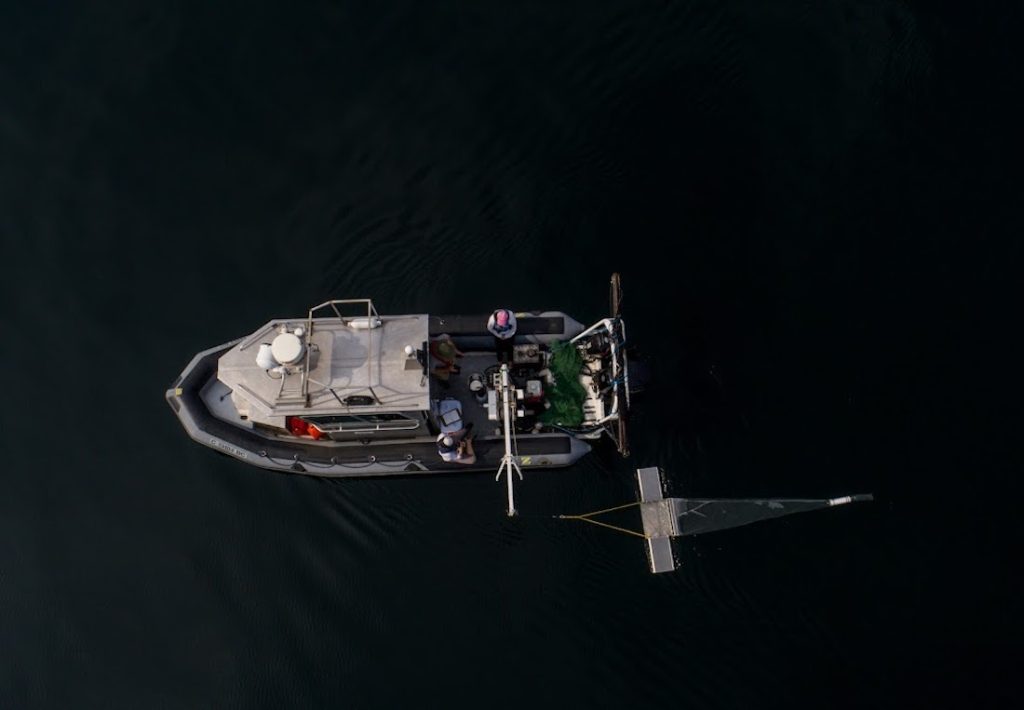