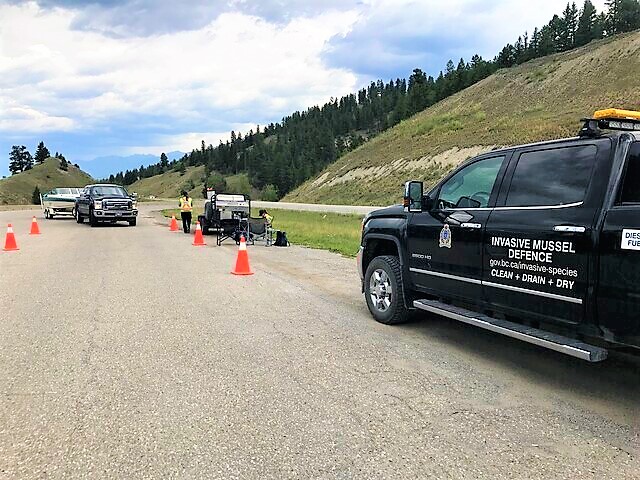 Mussel Checkstops begin in BC 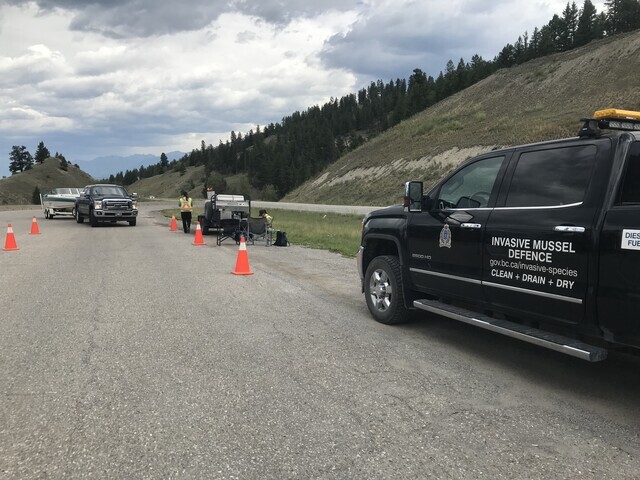 Inspection stations are now open across the province to prevent invasive zebra and quagga mussels from entering B.C. waterways.

Boaters are urged to clean, drain and dry their vessels when moving between lakes and rivers, the province said in a press release Friday.

“Invasive species like zebra and quagga mussels are a major threat to our ecosystems and infrastructure in British Columbia,” said George Heyman, Minister of Environment and Climate Change Strategy.

Anyone transporting a watercraft in B.C. is required to stop at an open inspection station. Failing to do so can result in a $345 fine.

The mussels are among a list of invasive species the province is working to keep out of B.C. They can spread rapidly, alter ecosystems and foul infrastructure.

May is Invasive Species Action Month.

Meanwhile, more than 9,000 moss balls suspected or confirmed to be contaminated with zebra mussels have been seized or surrendered to B.C. conservation officers since early March.

Unlike B.C.’s native mussels, zebra and quagga mussels attach to hard surfaces, allowing them to move between waterbodies by boats and equipment. The mussels multiply rapidly and are extremely difficult to eradicate once they become established.