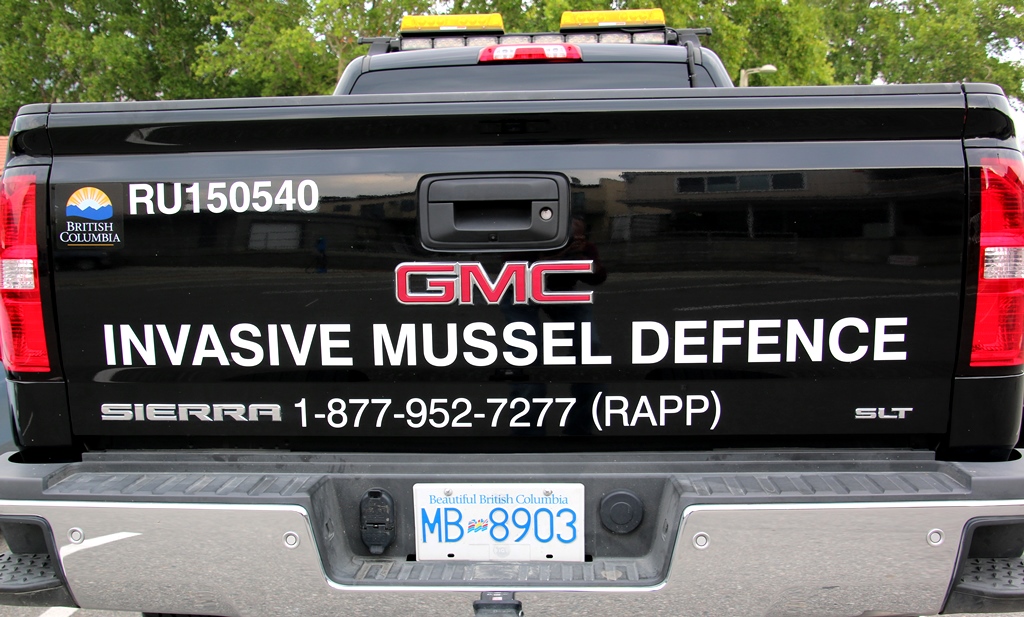 By Doyle Potenteau Global News
Five boats recently bound for the Okanagan were found to have invasive mussels on them, according to the B.C. Conservation Officer Service.

The goal of the program is to prevent zebra and quagga mussels entering B.C. waterways.

According to the province, as of July 23, 12,800 inspections had been completed, with 74 watercraft identified as being high risk. Further, 60 decontamination orders were issued, while six were issued 30-day quarantine periods.

Doyle said 10 watercraft were confirmed to have adult invasive mussels, six of which came from Ontario. The rest were from Arkansas (two), Wisconsin (one) and Manitoba (one).

Of the 10, five were destined for the Okanagan, three for Vancouver Island, one for the Lower Mainland and one for the Thompson region.

Doyle said the program received advanced notification on seven of the 10 mussel-fouled boats either from another jurisdiction or by a Canada Border Service agency.

In 2019, there were 52,000 inspections with 1,290 watercraft considered to be high risk. Twenty-two were found to have invasive mussels found on them.

“As summer is progressing, the program is seeing the majority of watercraft being transported from within B.C., and from Alberta,” said Doyle.

“Travellers can expect to see (detection dogs) at our watercraft inspection sites throughout the season, inspecting various watercraft. These two dogs are specially trained to sniff out invasive mussels on boats.”