Big push to stop invasive mussels at the border 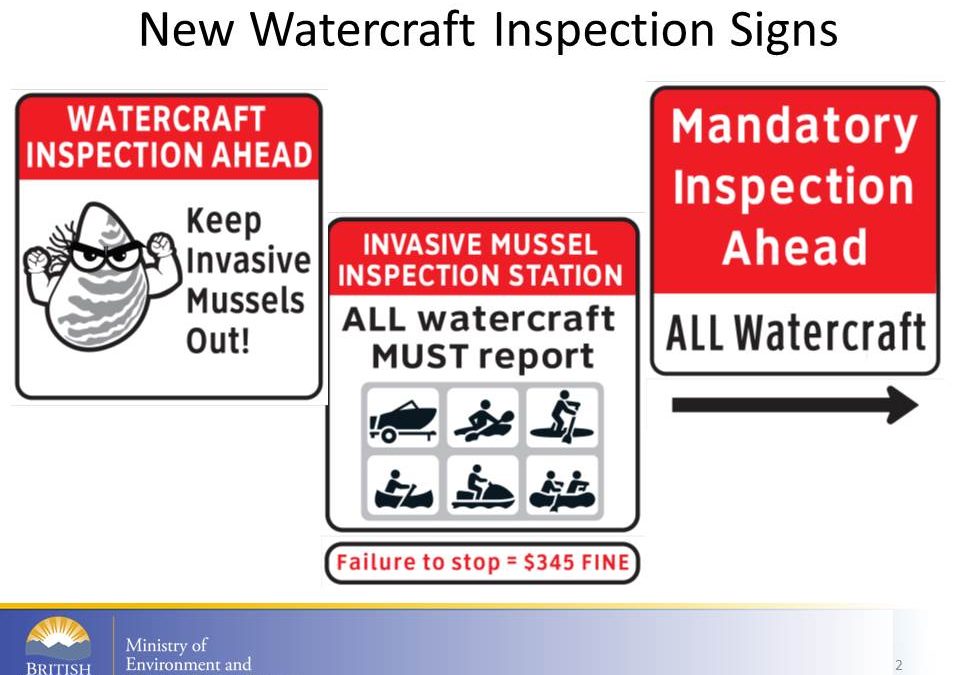 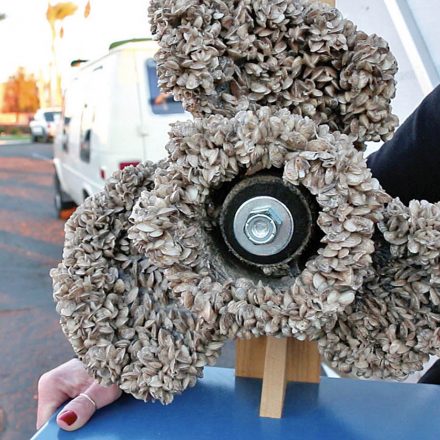 Since 2015, B.C. has taken its fight against invasive zebra and quagga mussels to the streets with the Invasive Mussel Defence Program, which seeks to identify and quarantine contaminated water-faring vessels before they even reach the province.

At the Okanagan Basin Water Board (OBWB) July meeting, Ministry of Land, Water, and Resource Stewardship’s Martina Beck and BC Conservation Officer Dave Webster presented the results and findings gathered in those seven years and took questions on the future of their fight.

Because zebra and quagga mussels are designated as prohibited alien species, whether alive or dead, the province has the authority to inspect any vehicles and vessels at the border to determine whether they are carriers of the invasive mussels.

With this purview, the Ministry of Land, Water, and Resource Stewardship piloted the Invasive Mussel Defence Program in 2015 and have been building partnerships across the country to help with their task.

As detailed by Webster, conservation officers now work alongside highway and border patrols in the prairie provinces to the east, the Yukon Territory to the north, and Washington State, Montana, and Idaho along the US border, creating a perimeter of six permanent stations and two roving stations around the province.

At these stations, officers can pull aside and search any water-faring vessels being transported by land for evidence of invasive mussels, which can not only attach to highly visible areas on the outside but also lie hidden in standing water inside the boat. Even K9 sniffer dog units get in on the inspection process to leave no mussel unturned.

Zebra and quagga mussels first spread from Europe to Canada in the ballast water of ships entering the Great Lakes in the 1980s, and their spread is now being exacerbated by overland transport of boats from Ontario, which Webster described as “already at the state B.C. is trying to avoid.”

“The fact of the matter is Ontario is … not as concerned because they’re contaminated,” said Webster about the apparent lack of similar programs to keep contaminated boats from reaching B.C. in the first place. “We’re trying to educate eastern partners, but we can only control what we do here in B.C.”

As to the question of what that state would look like in B.C., Beck spoke about the ecological, economical, and infrastructural destruction inflicted by zebra and quagga mussels when they invade new water systems.

By filtering important nutrients out of the water system for their own use at the rate of one litre of water per day, invasive mussels change the entire ecosystem: some native plants and animals are driven out by the lack of nutrition and replaced by opportunistic species, while others are killed off when mussels physically attach to them along with boats and other surfaces.

At that point, invasive mussels start to inflict just as much damage on the area’s infrastructure. Water intakes wind up clogged with them, cement structures slowly break down underneath them, and docks, pilings, and buoys develop sharp ridges of shells that can damage watercraft and injure people enjoying the lake’s recreational activities.

While there has been research into possible methods to kill the mussels once they are introduced, Beck said that the key challenge with aquatic invasives is always how to maintain species-specific population control without harming other species or contaminating potable water sources.

Currently, the most viable option appears to be potash, which Alberta is looking into as a registered product for use in Canada. Manitoba did perform some successful experiments with potash, according to Beck, but they found it too difficult to contain within the designated treatment area. Research on that front is still ongoing.

Since the mussel defence program was launched, conservation officers have performed over 200,000 boat inspections and had over 400,000 outreach interactions with communities throughout the province.

Their current greatest challenge mirrors that of nearly all employers after two years of COVID-19: staff shortages and difficulty in hiring new officers to fill the inspection stations along their provincial perimeter. Webster said that they have begun relaxing requirements as a result, given that all of their training is provided in house.

“It’s not a restrictive hiring process,” he said. “We look for an environmental science background, but we’re taking folks who have an active interest but no background because of our hiring problems. As long as they meet the minimum requirements to be an auxiliary conservation officer, we can get them out and working.”

Beck added that outreach education is a key component in spreading awareness” because of the resources needed, both in terms of funding and staff retention, to shoulder the entire process themselves. “Voluntary compliance is important and can only occur with outreach education.”

She added that invasive species programs like theirs have a “unique amount of support in B.C., and strong local awareness and understanding. B.C. is quite unique in terms of that awareness piece.”

More details about the campaign can be found at bcinvasives.ca, along with educational aids including a video that teaches the best cleaning practices for different types of recreational watercraft.