BC Mussel Defense halts massive barge contaminated with invasive mussels from being launched in BC waters. 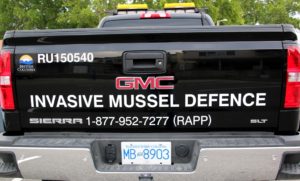 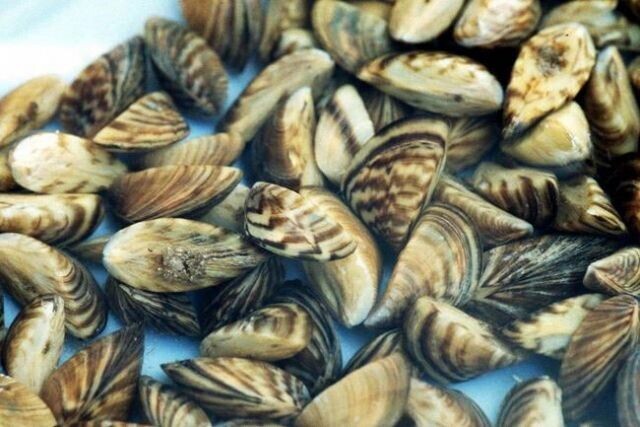 The BC Conservation Service has intercepted a water craft covered in invasive mussels.

When staff at B.C.’s Invasive Mussel Defence Program were notified that a high-risk watercraft heading for the Lower Mainland appeared to be covered in invasive zebra mussels, inspectors with the Conservation Officer Service (COS) immediately took action.

Officials knew the consequences of allowing the barge in B.C. waters could have significant impacts on local ecosystems and infrastructure because the invasive mussel could establish itself and overtake native species.

Inspectors tracked down the trucking company and its load, a massive barge being transported in two 40-foot-long sections, each 10 feet high and 10 feet wide. The barge had travelled from Lake Ontario and was destined for industrial use in a Lower Mainland waterway.

The load was redirected to a Richmond warehouse for a full decontamination, which was the largest of its kind for invasive zebra mussels since the program started in 2015.

COS Aquatic Invasive Species (AIS) inspectors were quickly mobilized from the Okanagan and Lower Mainland.

They used specialized equipment to remove thousands of invasive mussels during approximately 10 hours of work in two days.

Many of the mussels were viable, which means they could multiply in B.C. waters if given the chance. That has yet to happen in the province.

“This was the largest, most significant discovery of zebra mussels on a watercraft our teams had ever experienced. To decontaminate the vessel, we required a specialized operational plan and space due to the sheer size,” said COS AIS Insp. Dave Webster. “I am proud of how quickly our teams mobilized to stop invasive mussels from reaching B.C. waters. This is a testament to the success of the Invasive Mussel Defence Program and its co-ordinated approach with our neighbouring provinces to tackle the threat of this invasive species.”

The decontaminated barge was issued a mandatory 30-day quarantine period, which ended this week.

Some of the mussel samples will be used to train two COS interdiction detection dogs, Kilo and Major. The German shepherds are trained to detect invasive mussels and are often assisting at watercraft inspection stations throughout B.C. during the summer.

“Zebra mussels might be smaller than a fingernail, but they cause huge problems if they invade lakes and streams. Not only can they clog water pipes and ruin boat engines, they can cause significant damage to the aquatic ecosystems that sustain local plant and wildlife species,” said Josie Osborne, Minister of Land, Water and Resource Stewardship.

Mandatory watercraft inspection stations are open throughout the province to prevent harmful zebra and quagga mussels from hitching a ride on watercraft and entering B.C. waterways.