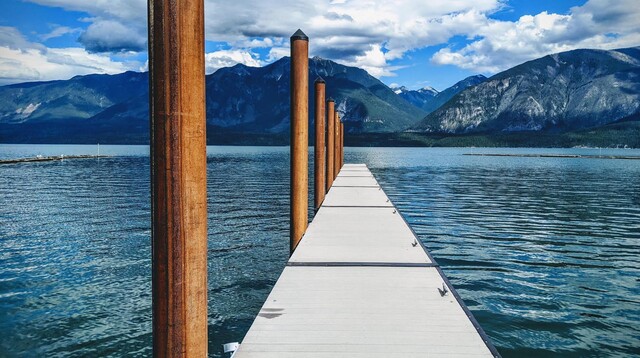 Photo: Columbia Shuswap Invasive Species SocietyShelter Bay pier on Arrow Lakes Reservoir, which is tested bi-weekly for invasive mussels, and none were found in 2020.

This also goes for the rest of the province, as there are no known infestations of invasive mussels in B.C. In a recent study, the Ministry of Environment says it monitored 89 bodies of water and collected 954 plankton samples, which showed no evidence of invasive species.

The Columbia-Shuswap Invasive Species Society stresses that preventative measures are paramount, because if invasive mussels were to become established, it would be extremely difficult to eradicate them and very costly to manage the negative impacts. Transportation of infested watercraft is a large factor in the spread of invasive species, even over long distances.

At the top of the list for dangerous invasive species are zebra and quagga mussels, and CSISS partners with a number of local and provincial departments to monitor high-risk lakes in the Columbia-Shuswap.

“Outreach and education are important elements in the campaign to prevent the spread of
invasive species,” the society says. “Virtual visits were made by CSISS staff to every marina in the region and most of the ‘lake-focused’ campgrounds, informing and engaging their staff in the process of educating clients about preventing the spread of invasive species.”

CSISS staff also visited over 30 boat launches in the area, informing 850 boaters about the importance of cleaning, draining and drying their watercraft between waterways.