B.C. conservation officers are on the lookout for Invasive Mussels 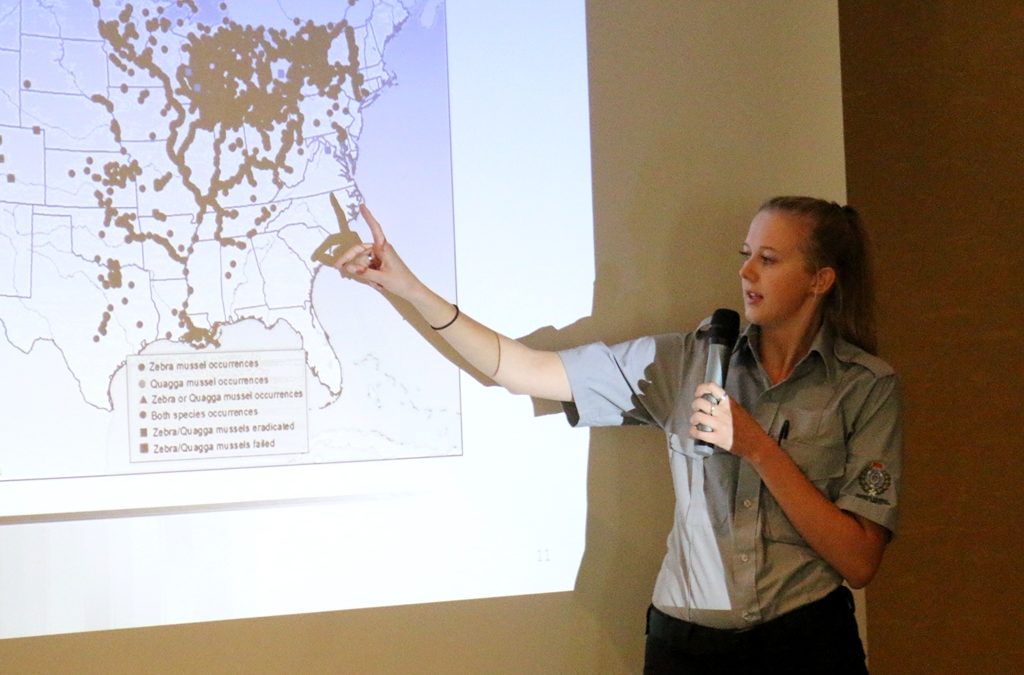 Question for all of the Ontario and Quebec transplants who now call B.C. home: Did you ever head to a lake or river for a summertime swim, only to have the unpleasant experience of cutting your feet on the tiny, sharp zebra mussels that can be found peppering shoreline rocks and docks throughout those provinces?

Go ahead and breathe a sigh of relief, because the species is not yet present in B.C. (or Alberta, Saskatchewan, Oregon, Idaho, or Washington, for that matter) – for good reason. As it turns out, these mussels (and their hard exterior shells) can cause more damage than a bloody foot.

This summer, the B.C. Conservation Officer Service is continuing to operate boat inspection stations across the province, all in an effort to prevent zebra mussels (also known as dreissena polymorpha) and quagga mussels (dreissena rostriformis bugensis) from spreading into the province.

The two species “pose a serious threat to B.C.’s aquatic ecosystems, salmon populations, hydro power stations and other infrastructure facilities,” according to the Government of B.C.

Not only can they clog pipes, water intake systems and municipal water supplies, but the creatures could also impact B.C.’s aquatic food webs – meaning a possible collapse of the province’s valuable native fish populations, for example, sockeye salmon.

The mussel shells have also been known to foul boat propellers and could potentially harm communities’ drinking water. The province estimates that the potential economic impact of these invasive mussels to hydropower, agricultural irrigation, municipal water supplies and recreational boating could reach $43 million per year – not including additional impacts on commercial and recreational fisheries.

Unlike B.C.’s native mussels – including the kind often found on restaurant menus – the tiny Zebra and Quagga mussels can easily attach to hard surfaces, meaning they can easily hitch a ride between bodies of water on boats and equipment. Worse, they’re capable of surviving for several weeks without being underwater, if they are left in a cool and moist environment, meaning mussels attached to boats or other equipment can often survive longer trips between different bodies of water.

“It seems that boat traffic is down a bit, at least boats entering from other provinces at this point this year, as well obviously, there would be less boats coming across the U.S. border with the restrictions there,” he said.

The species were first introduced by trans-continental shipping from the Baltic Sea to Canada and the United States in the 1980s. Since, they’ve spread to more than 24 American states – as far west as California – in addition to Ontario and Quebec.

The invasive mussels range in size from 1 millimetre to 3 centimetres, and can bve identified by propeller-shaped shells. Typically, they are brown- or cream-coloured, and sometimes appear to hace zebra stripes, and are known to form in grouped clump